I'd call this the "before" shots. A roll unceremoniously labeled MW-4 (Master Workshop, roll 4; my numbering system was apparently unrelated to sequence in which the photos were shot), I believe this was the first roll I shot during the Master Workshop that I took with Garry Winogrand in 1976 in New York City. Most of the photos appear to have been photographed at some kind of event in City Hall Park.

Looking at these images reminds me of how quickly my approach to photography changed under Winogrand's tutelage. Things that I noticed:

• I was using a 50mm lens. This would soon change; Winogrand suggested I switch to a wide-angle lens, which is apparent in other photos.
• The subject matter is simpler. While I tried to pack the image with many people, I was still figuring out the concept of filling the frame in interesting ways. Perhaps it is a function of the lens I was using but it seems individuals are more isolated in these photos.
• I tried the "Winogrand Tilt" (see the last shot) but it clearly didn't work here. I had much to learn.
• I was starting to capture the humor that I had been seeing without my camera. Look very closely at the two boys facing away from the camera. 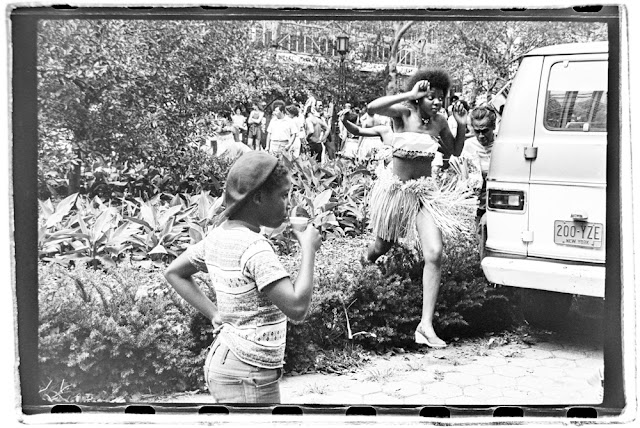 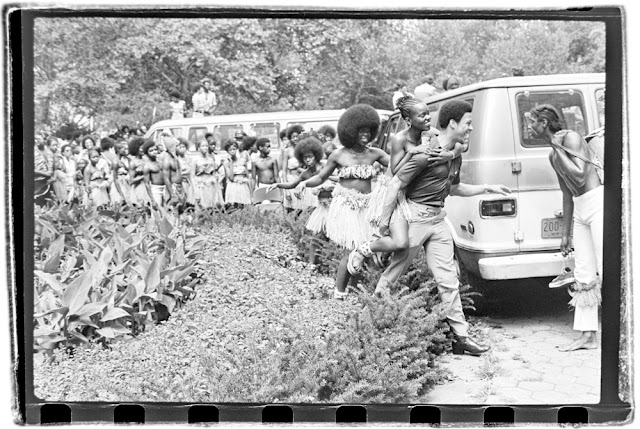 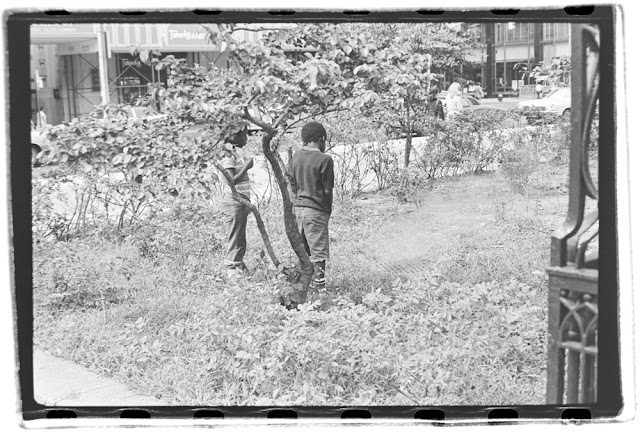 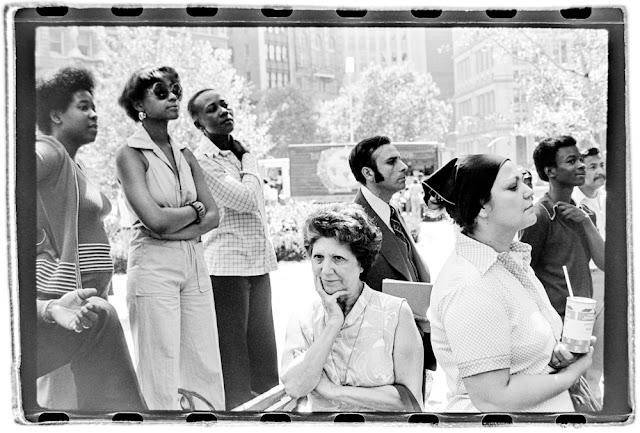 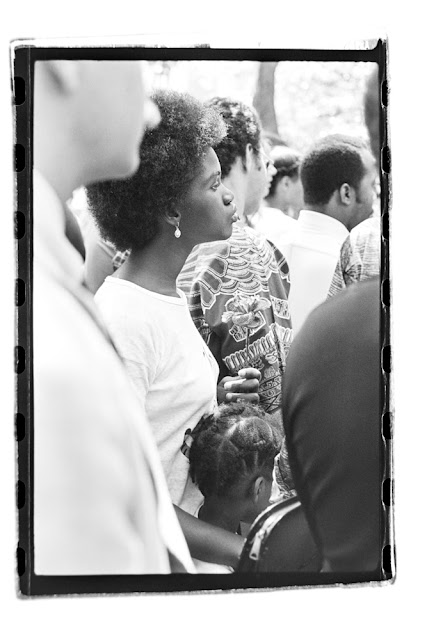 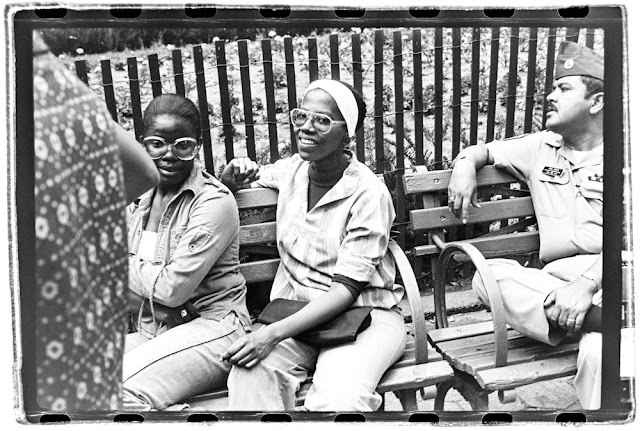 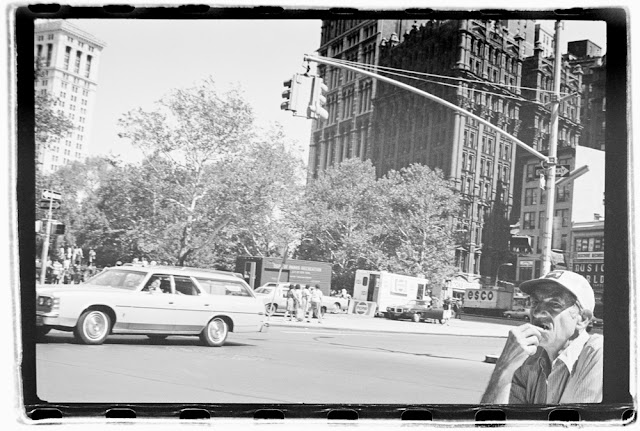 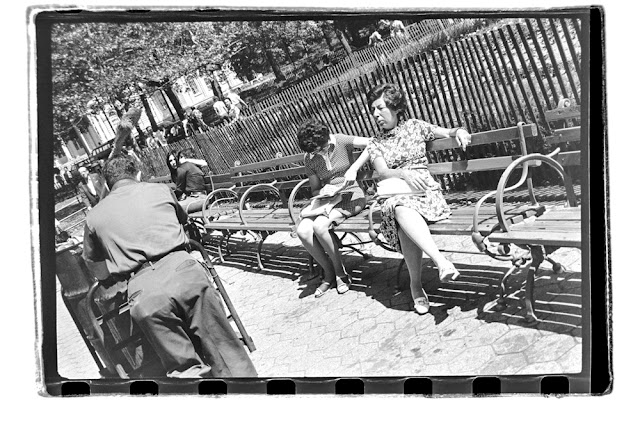