And now, a brief musical interlude for street photographers (Carnival by Natalie Merchant)


Starring Natalie Merchant and a Leica M3, in glorious black and white.
Posted by Mason Resnick at 4:43 PM No comments: 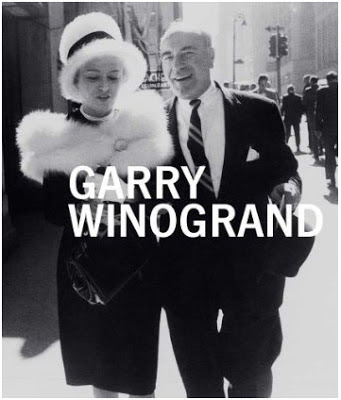 When my teacher and mentor, Garry Winogrand, died at age 56 (gulp—my 56th birthday is coming up next month!) he famously left behind a quarter million images of undeveloped film and unprinted negatives, images he shot but never saw, creating a curating anomaly in the world of photography. Todd Papageorge and MOMA's Jon Szarkowski took a first stab at this monster task, resulting and the book and exhibit Winogrand: Figments From The Real World

. Want to buy the book new? Follow the link and check out Amazon's unbelievable asking price.

The show will open at SFMOMA on March 9 and after it closes on June 2 it will travel to Washington DC, New York, Paris, and Madrid—and a show catalog with 400 images will accompany the exhibit. You can pre-order Garry Winogrand (San Francisco Museum of Modern Art) from Amazon now for $53.55. It is expected to be published on April 28.

Read the original article in the Huffington Post.
Posted by Mason Resnick at 1:00 PM No comments:

I don't know if the International Street Photography competition is the only such competition in the world, but it is getting bigger, and so are its prizes. Now in its third year, it is centered around a theme: "Hometown." There are entry fees, ranging from £7.50-30 (it's a British contest, you know) which allows you to upload up to 8 images.

Judges include David Gibson of iN-PUBLiC, Lauren Heinz, senior editor of the British Journal of Photography, and John Maloof, who discovered the work of Vivian Maier. First prize is £2000 cashm a Samsung Galaxy wi-fi camera, more. 2nd prize is £500 cash and being exhibited at the 2013 International Street Photography Awards/exhibit in London, and so on.

You have until Feb. 12 to enter. Good luck to all who enter!
Posted by Mason Resnick at 1:23 PM No comments:

Shoot from the hip: Yes or no?

The trend started in the late 80s, when the first generation of "posh" AF compact cameras hit the market. A handful of street-savvy shooters, most notably Magnum photographer Ken Heyman, started to hold their autofocus compact cameras in the palm of the right hand, placing it low, high or off to the side to act as a "third eye". The resulting images were intriguing. 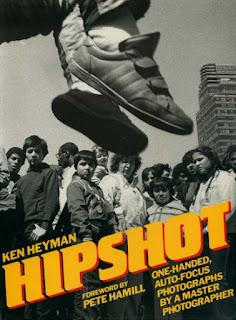 Now we're in the midst of the digital age, where a growing number of compact digital cameras are focusing faster and have almost no lag time, allowing them to be more useful to street photographers. I just posted about this phenomenon in this article for the Adorama Learning Center.

One of the compact camera features that intrigues me as a street photographer is the flip-up LCD screen. This could let you shoot waist-level without giving up control over the placement of the edges of the photo. While most street shooters of yore preferred eye-level viewfinder cameras, some (Harry Callahan, Vivian Maier) would on occasion pick up a Twin-Lens Reflex and shoot from the waist. The flip-up LCD may be a reasonable alternative for those who bemoan the lack of eye-level viewfinders on most compact cameras but don't want to look like a tourist with a camera when doing street photography.

What do you think: Do you shoot from the hip, or avoid it even with a flip-up screen?
Posted by Mason Resnick at 8:20 AM No comments:

This may be the first time a street photo has ever graced the cover of PDN (Photo District News, the biggest trade publication for professional photographers). It's a classic color street shot by Joel Meyerowitz, who has taken on an Elder-Statesman-Of-Street-Photography role, one that fits him very well. This is the February issue, which should arrive soon in subscribers' mailboxes. 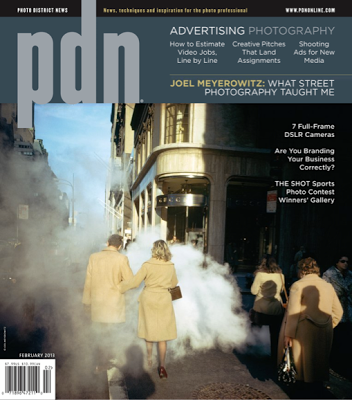 And it gets even better: The tantalizing cover line is "Joel Meyerowitz: What Street Photography Taught Me".

Congratulations, Joel—I can't wait to read this!
Posted by Mason Resnick at 8:47 AM No comments: 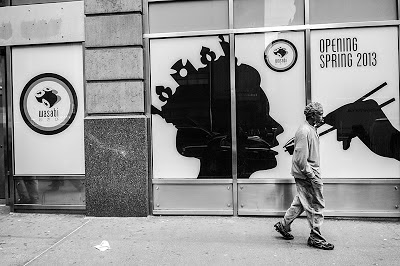 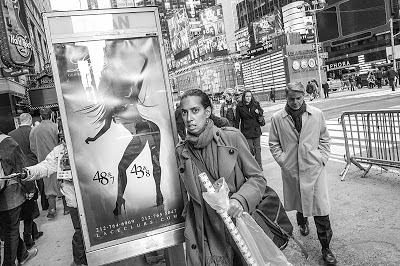 "For someone who says 99 percent of street photography is about failure, Alex Webb has had a notably successful career..."

I agree—both with his assessment about the success rate (1% seems about right) and the Times' assessment that for Alex Web, getting it wrong 99 percent of the time has led to a very successful career as a street photography-influenced photojournalist.

I always tell my street photography students to study good street photos. For any street shooter, Alex Webb's work is worth studying. Carefully.

Digital Photography School occasionally tackles the subject of street photography. Here's an approach that has some common-sense advice for people who are just starting out.

How to Approach Street Photography in 12 Easy Steps, written by Valerie Jardin
Posted by Mason Resnick at 12:44 PM 1 comment:

Updated Overview of Street Photography at the Adorama Learning Center

I've just updated my article, "Sidewalk Serendipity" at the Adorama Learning Center, which I wrote nearly 7 years ago, to reflect the significant changes in camera design and sensor technology and new products that have been introduced over the last couple of years. The range of digital tools that street shooters can use has expanded significantly. Check it out! 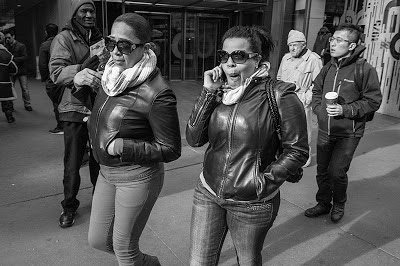 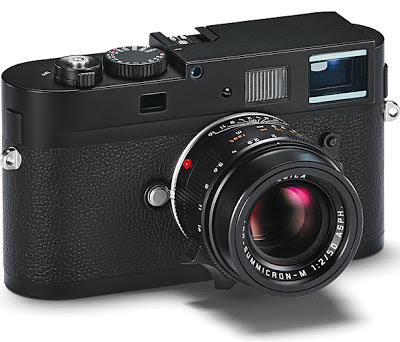 I was fortunate to get my hands on one of the first Leica M Monochrom cameras to arrive in the United States (thank you sooooo much to my friends at Leica for that!). As you know if you've been following this blog, I've been posting a few sample street shots I've made in NYC with the Leica M Monochrom, but now it's time for the truth.

I've just posted my full field test and image quality review of the Leica M Monochrom, exclusively for the Adorama Learning Center. You can read it here.

Below: More street shots that didn't make it into the article. 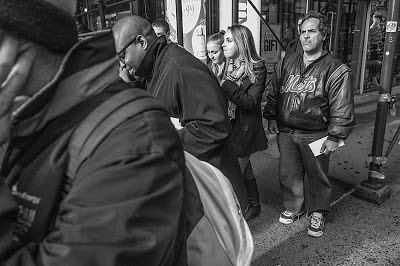 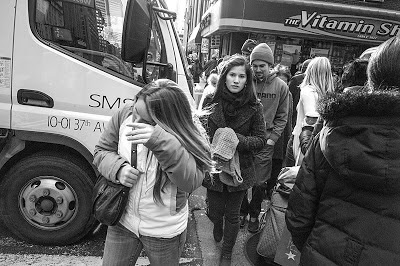 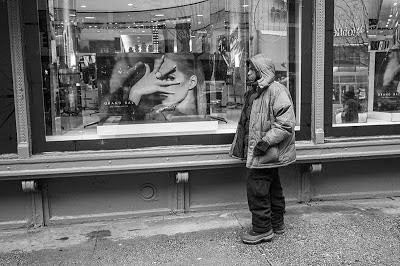 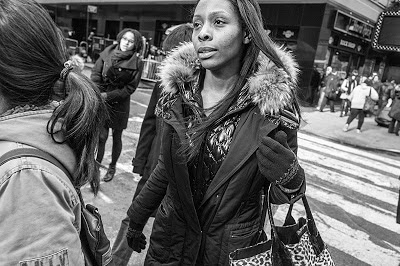 Posted by Mason Resnick at 9:03 AM No comments: