As many of you know, I have a life-long love of black-and-white photography; in fact, in 1995, during the early days of the Internet, I started Black & White World, which was to the best of my knowledge the world's first web site devoted to black-and-white photography. Alas, I haven't maintained it as perhaps I should have, but it still exists. If you're interested in helpful articles that will guide you through the process of shooting, developing and printing black-and-white photos the old-fashioned way, this is still the place to go.

With that in mind, approximately 18 months ago I started a small side project. I created a Facebook group called "I F***ing Love Black & White Photography." Why the scatalogical title? Marketing. A similarly named science group was insanely popular, and I figured dropping the F-bomb would get me all kinds of traffic.

Well, that idea bombed. For months, it sat there, with a handful of members and an occasional photo posting. I barely paid attention to it. Apparently, so did everyone else.

Then, about 10 months ago, I decided to change its name, to simply "I Love Black & White Photography." Besides making it family-friendly, it also shortened the title so you could see it all in the limited space provided at the top of the page.

Oddly, that changed things. Overnight, people started joining. They started sharing their B&W photos. Within a month I had 100 members. By October, there were over 1,000. And today, we crossed a new threshold, having just reached 2,000 members. There are dozens of photos posted daily, with contributions from photographers all over the world. The quality of the images ranges from "just figuring it out" to outstanding. Every time we pass another 100 new members, I take a photo submitted by a member and make it the featured Group Photo. 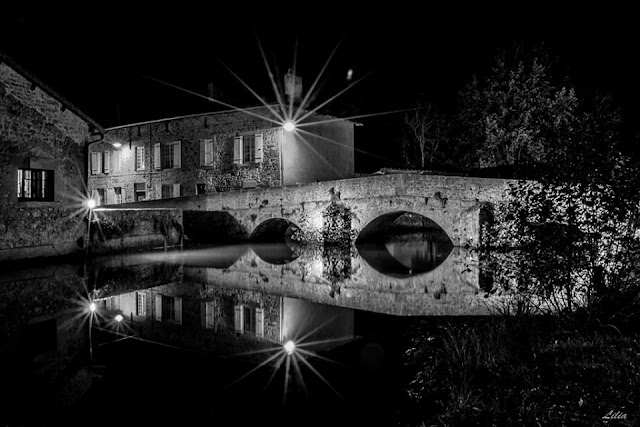 The latest group photo, by Lilia Vienne. I change the group's shot every time 100 new members have signed up. My criteria? It has to be interesting—and have a strong horizontal composition.

This rapid growth (lately it's been expanding by -about 100 new members every 1-2 weeks) has been completely organic. I haven't done a thing to publicize this group. People have found it on Facebook on their own, and signed up. This goes to show you: even in this digital age, many people still love the pure, graphic joy of a monochromatic image.

The biggest surpise? While most participants are shooting digitally, there are hundreds of group members who are still shooting and processing film. I guess my original web site is still relevant!

I want to thank my weekend moderator, Erik Dalsbo, who started about a month ago and keeps an eye on the group on Saturdays and Sundays. (Once in a while we get a spammer, so moderation is necessary. I suppose that's a growing pain.)

Finally, I'm going to end by doing something I haven't done since I started this group: I'm going to publicize it. If you're interested in black-and-white photography, be it film or digital, I Love Black & White Photography is an awesome Facebook community of like-minded people. Come and join it now!

Posted by Mason Resnick at 5:49 PM No comments:

My New Web Site Is Live, With Big News!

My new web site, masonresnick.com, is now live, complete with portfolios, pricing, and information about the range of photography services that I offer. 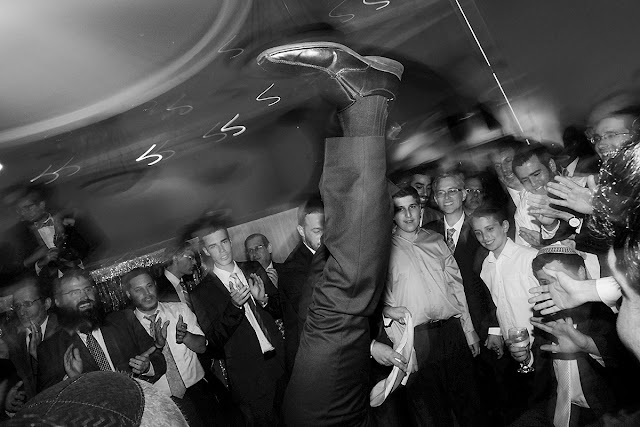 But the big news is that with today's launch, I am also launching my new service: Wedding Street Photography!

What is it? Wedding Street Photography fuses a traditional street photography approach, which I learned under Garry Winogrand and refined over three decades, with wedding photography to create a dynamic portfolio that's unique to each wedding. Learn more here and check out some samples I've posted.

The web site also includes information about my Bar and Bat Mitzvah, Event and Portrait photography, as well as Business Imaging Solutions.

I'll be announcing some more new services here in the coming weeks and months but this is the big one!
Posted by Mason Resnick at 5:44 PM 1 comment: