Connected by a Camera

I recently realized I needed a specific type of camera in order to move my photography business to the next level.

I decided several months back that while I was not interested in being a traditional wedding photographer, I did want to pursue a very non-traditional approach which I'm calling "Wedding Street Photography." I've actually been doing it, on and off, since the early 1980s. Back in the film era, I used my Leica M3, a single wide-angle lens, and a flash (see sample, below) and shot on black-and-white film. I probably shot more than 100,000 pictures with this camera, including thousands at Orthodox Jewish weddings. I was enthralled by the energy and spirituality of the dancing and singing at the receptions and wanted to capture it on film. 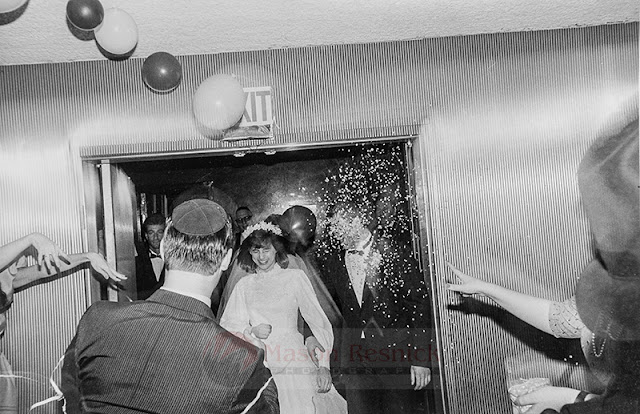 Fast forward to now. With the children of friends now starting to get married, I've rediscovered the technique, but using digital cameras. I would cobble together a system based on whatever camera I happened to be reviewing, and most recently used my trusty Fujifilm X-Pro 1 with a Canon flash in manual mode (see two samples, bewlow). Little known fact: Any flash made for digital cameras can be used on any digital camera in manual mode, even if it is optimized for a specific brand. (Tech stuff is included for the photo geeks who might be reading this. The rest of you can skim over those bits.) 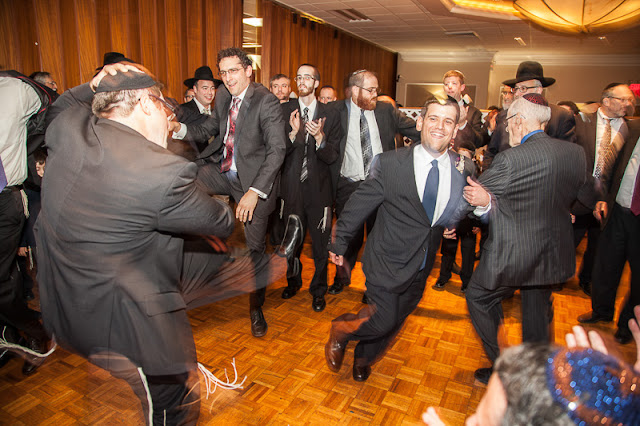 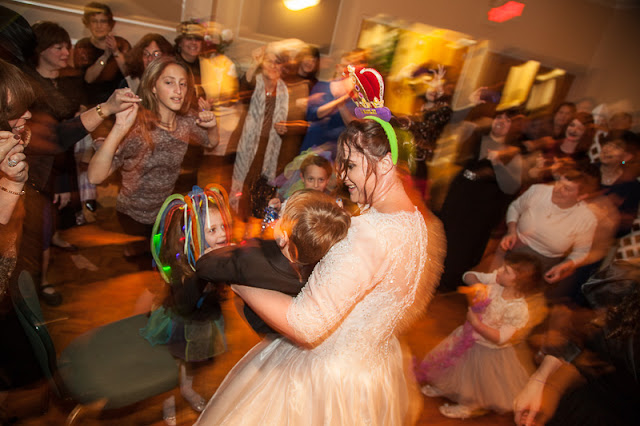 A two examples of my Wedding Street Photography. Photos © 2015 by Mason Resnick

But the more I shot weddings with the Fuji (or Olympus, or Panasonic, or Sony) the more I bumped up against their limitations for this kind of shooting They were twofold: 1. I'm shooting flash, so the exposure settings were set for a flash exposure. But that meant the electronic viewfinder was too dark for me to frame properly and follow the action. While this was not as big a problem with the X-Pro 1 since it has an optical viewfinder, there was also this: 2. Focusing isn't fast enough. Because things move fast and objects move into and out of the frame quickly when I'm shooting weddings, Autofocus won't cut it. Manual focus (you may want to skp this if you're not into the geeky stuff) is accomplished with most mirrorless digital camera lenses using the "fly-by-wire" approach, which means (among other things) you need to confirm focus in the too-dark viewfinder, refer to a projected focus scale, or zone-focus and hope for the best. Not good enough. The focus ring position is never absolute, and there are no on-lens indications of focus or depth of field.

So, it became apparent that I needed a camera I couldn't afford: A digital Leica M, which would solve all of my technical problems. I decided a Type 240 would be best. It has an amazing 35mm sensor, and when paired with a Leica 28mm lens will produce some amazing images.  I also calculated how many assignments I would need to break even if I were to buy a camera and 28mm lens. I started watching Ebay for used camera deals, and while the M240 was available in the $6,000 range new, it was closer to $4,000 used, occasionally dipping into the high $3,000s on auction. 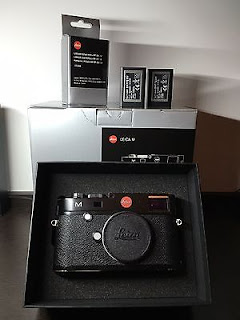 Finally, on a Tuesday in November, I saw a listing that caught my attention: Mid $3,000 range, a well-travelled camera with roughly 25,000 activations that was owned for about a year by a photojournalist named Charles Ommanney. He even provided a link to an impressive photo essay he'd shot with the camera that appeared in the Washington Post. I studied the pictures of the camera, saw the brassing, indicating the camera has a story behind it. "This is not a collector's camera," the listing said. "It's meant to be used." He also indicated that despite the external signs of wear, the camera was in perfect working condition. The listing had just been posted, with a "Buy Now" button, and I was pretty sure at that price it would be snapped up quickly. So, I ordered it. (That's it on the left, in one of the photos that accompanied the listing.)

I also emailed Charles, telling him about my background as a street photographer, my intention to photograph weddings in an unusual way with the camera, and how I felt the story behind his camera was one of the reasons I chose to buy it. I promised it would indeed be used extensively. He sent me links to other photo essays he shot with the camera, including this one about life in the "Islamic State". This was gutsy stuff. (By going behind enemy lines to get the story, his work reminded me of that of my photojournalism teacher at the New School, J. Ross Baughman, who went undercover to photograph Neo Nazis ant the KKK in the US in the late 1970s.) I checked out Charles's web site, immersed myself in his many outstanding photo essays, saw the Time magazine cover stories he'd shot. He's the Real Deal, and I'm now a fan, connected through his camera.

Charles Ommanney's Leica M Type 240 is on its way to me, and I'll be shooting the next page in its history with it as I write the next chapter in my freelance photography business. My photos will be very different from his, but I hope they'll just as compelling.