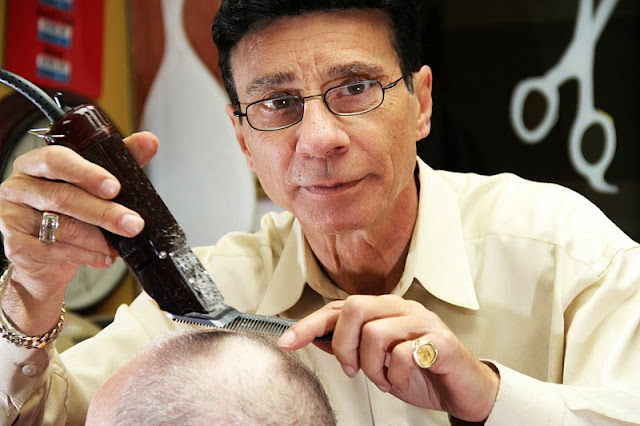 A quick chat with George Morga, a skilled and very sociable barber at Everybody's Barber Shop:

What was your most unusual job?
Serving in the 1st battalion, 7th cavalry of the US Army in Vietnam, 1969-72.

What was your most enjoyable job?
Traveling the world as a guitarist with Lou Rawls, Diana Ross, Barry White, and Steve Miller; also played guitar on Budweiser commercials, for CBS.

How did you end up at Everybody's BarberShop?
To make my dad happy, I got trained as a hair-cutter in a school in Perth Amboy in the 70's (he didn't think that the music business was a reliable career). Angela Nagy, who I knew, brought me into the business in 1992, at another location, and I eventually followed her here.