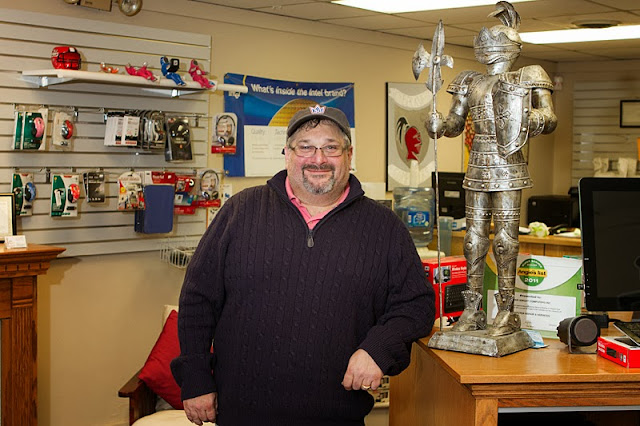 In the early 90's Michael Beberman created computer reports for his employer. After working informally with the IT guy for a couple of weeks, he found that he had a knack for handling other facets of computers. He left his job, spent a few months making cold calls from his basement, then one day landed the 'big job' that launched him into his own business. And that's how Cyber Knight Computers got started.

His favorite part of his job? "Meeting new people - senators, businessmen and women, professional musicians, artists, housewives, and even a few members of the clergy."

Like modern-day roving vox populi reporters, Harry Glazer and Mason Resnick roam the small suburban town of Highland Park, NJ, looking for interesting people, their stories, and their photographs. Harry's in charge of the words, and Mason does the pix.
Posted by Mason Resnick at 7:00 AM