While much of the world is rejoicing about the deal recently reached between Iran and world powers that supporters claim will block Iran's path to developing nuclear bombs, a growing number of people, upon reading the plan carefully, claim that it does the opposite. At the same time that Iran signed the document, it continues to call for "Death to Israel" and "Death to America", raising fears that this document may be more of a capitulation that will lead to war, just as Neville Chamberlain's "peace" agreement with Hitler led to World War II.

In this backdrop, 10,000 people rallied on July 22, 2015 in New York's Times Square to protest the agreement and to urge the US Congress and Senate to reject it, and override the promised presidential veto.

Here are some scenes from last night's protest rally. 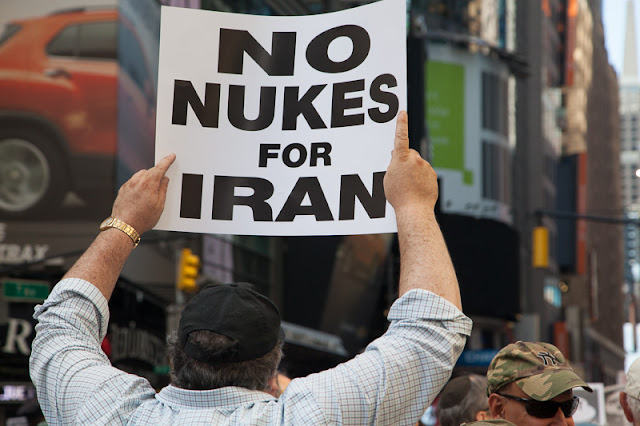 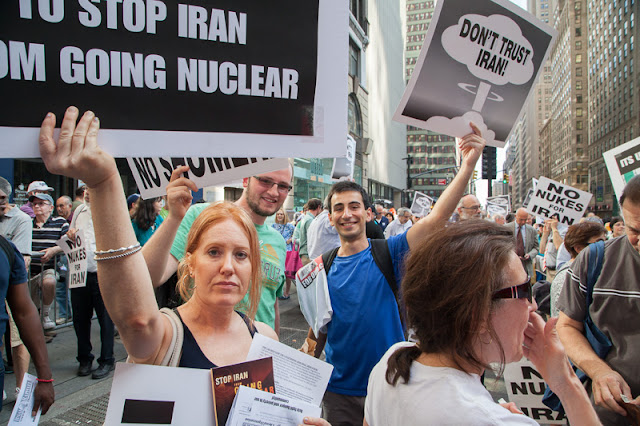 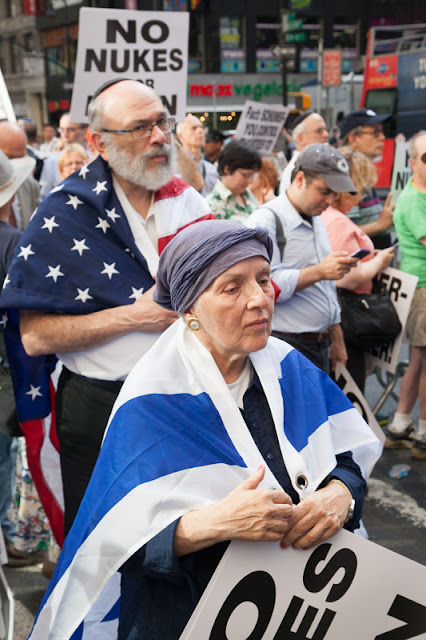 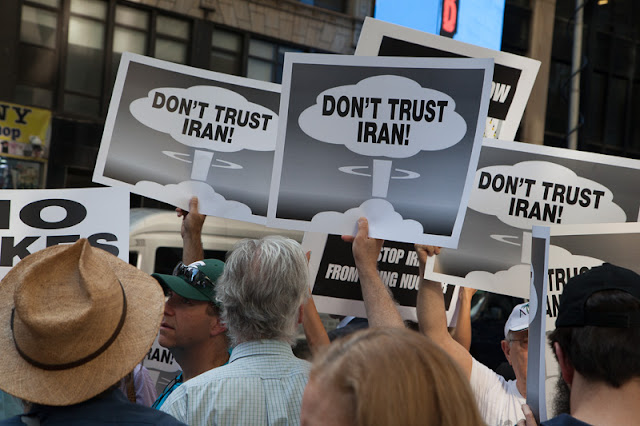 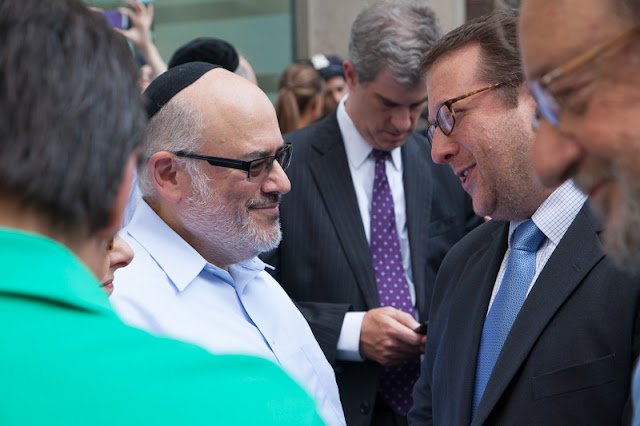 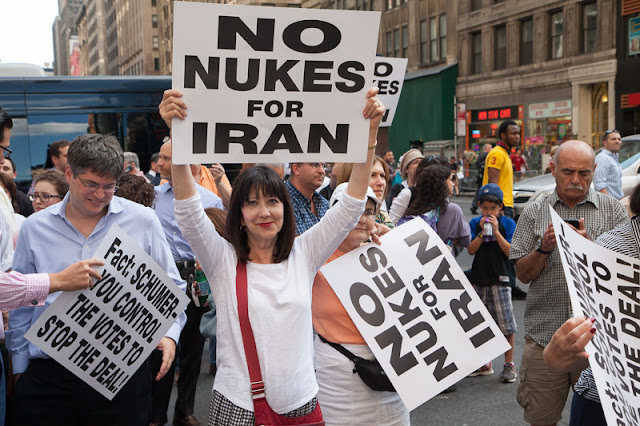 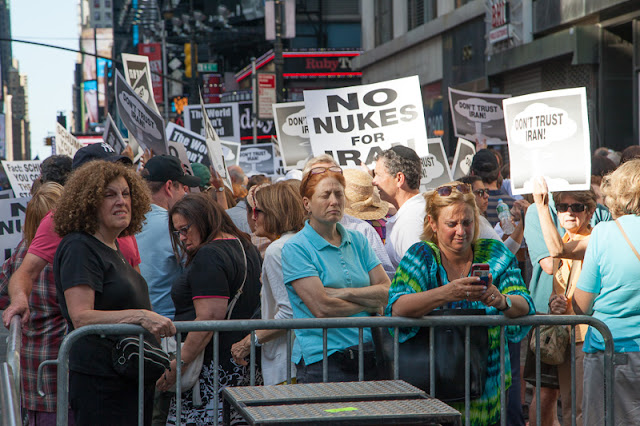 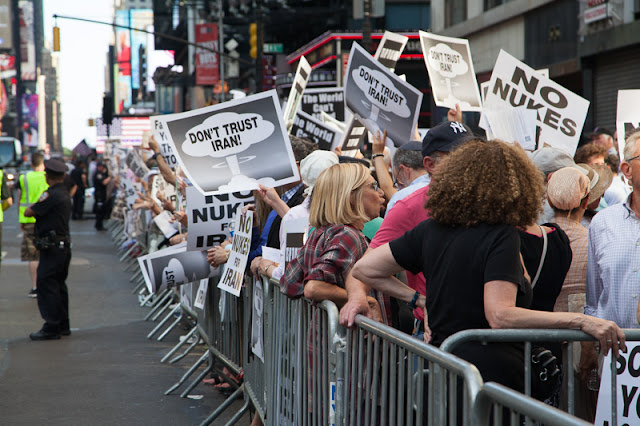 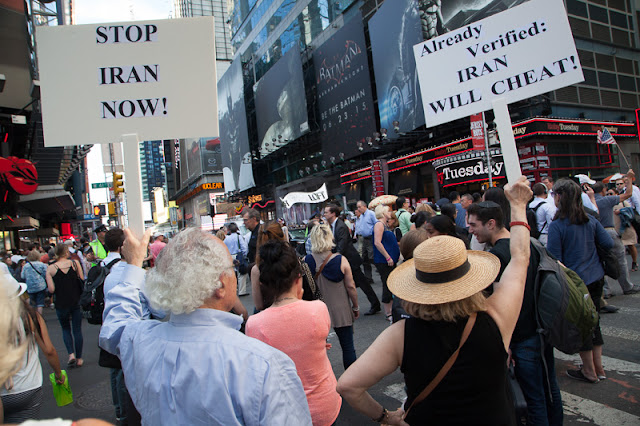 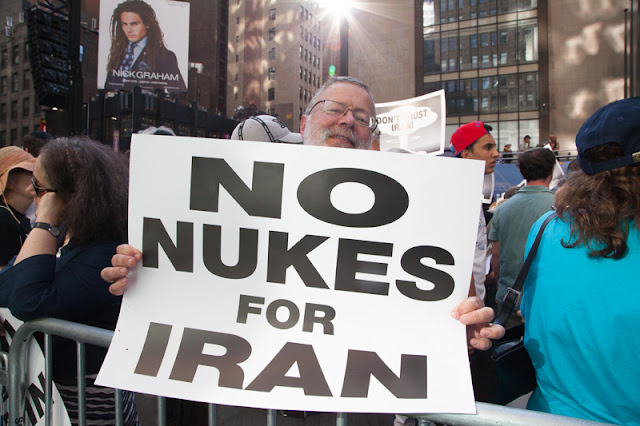 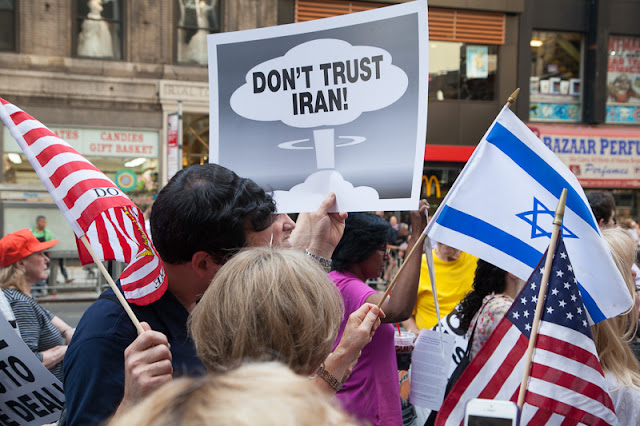 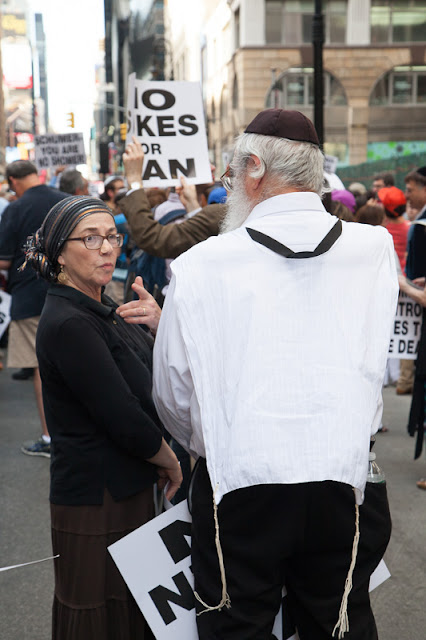 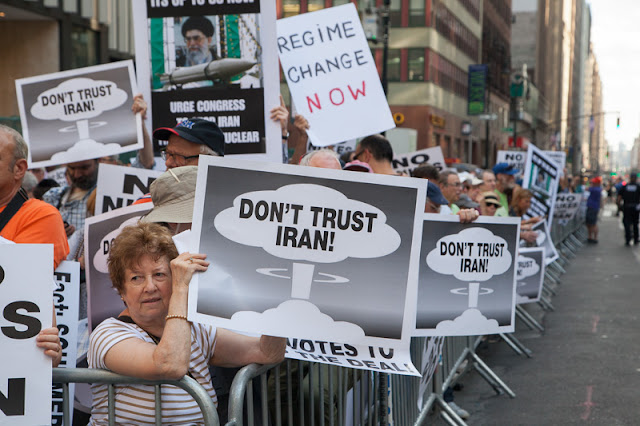 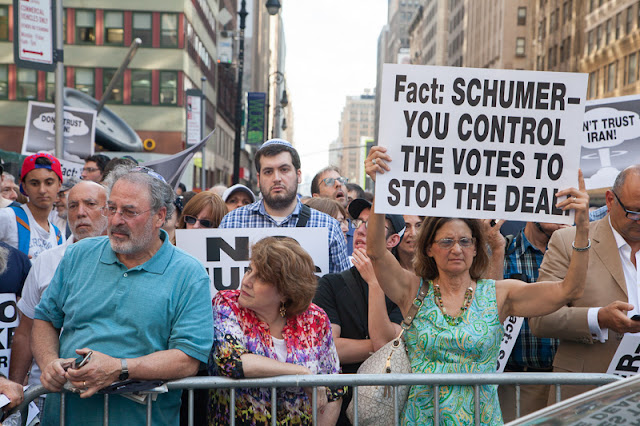 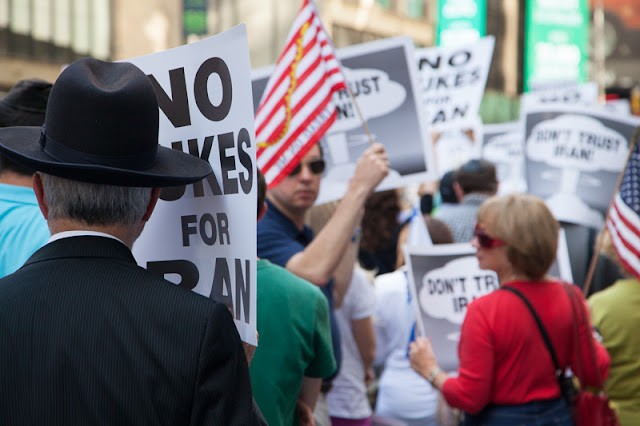 Posted by Mason Resnick at 9:19 AM