It's hard to believe that Ahavas Achim is 125 years old. It seems like yesterday when I photographed their 100th anniversary.

But seriously (actually, that WAS serious)...

A synagogue with a rich history dating back to the 1800s, last night the shul celebrated with a Hollywood theme. Originally, I was to supply my own generic background and people would walk up a red carpet and get their picture taken. But we had a secret weapon, named Jeremy Renna. He was able to pull some strings at his company, which you might have heard of—Macy's—and got a donation of an 8x8-foot backdrop that really made the shooting area look like an awards ceremony photo opp. 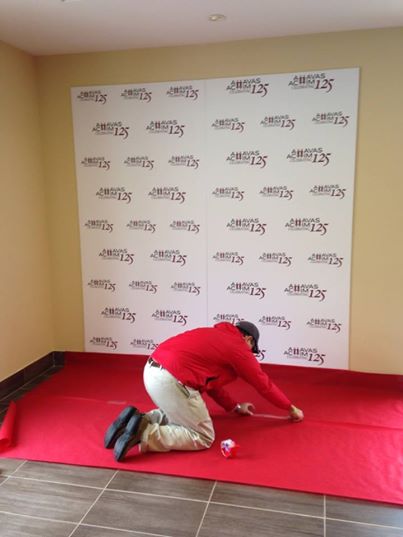 Jeremy took a hands-on approach setting things up, and came up with a way to affix the backdrop (poster print on Foamcor) to a wall in the corner of the social hall...my studio! 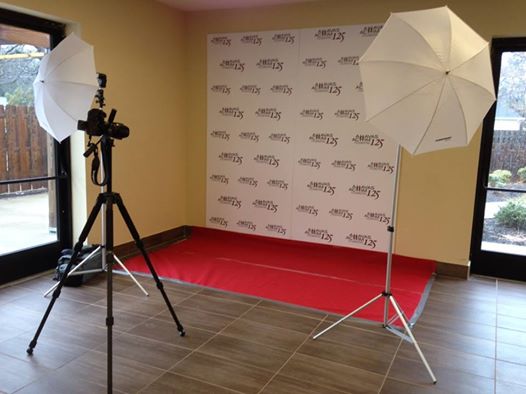 The finished result, ready for its close-up.

But wait...there's more. For the first time doing an event, I brought along a portable printer. By the end of the evening, celebrants would pick up prints of the photos I shot as they arrived. I enlisted the help of a high-school student looking for community service ("hessed") hours to run the printer during the dinner. How did it work out? Read on. 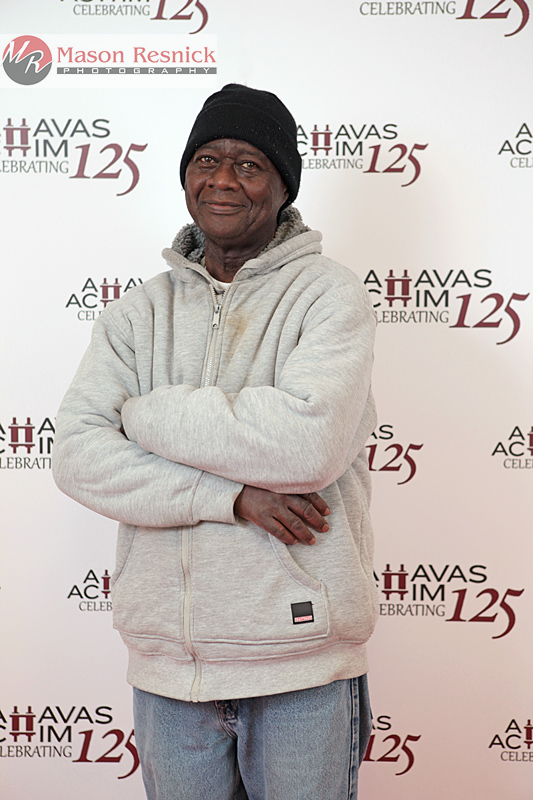 Before the attendees arrived, Joe, the synagogue's long-time and much beloved head of maintenance, came up to me and not-so-subtly hinted that he'd love a photo of himself. I was happy to oblige—and handed him a print as soon as it came off the printer. He was beside himself. He's such a good soul. I hope that comes across here. 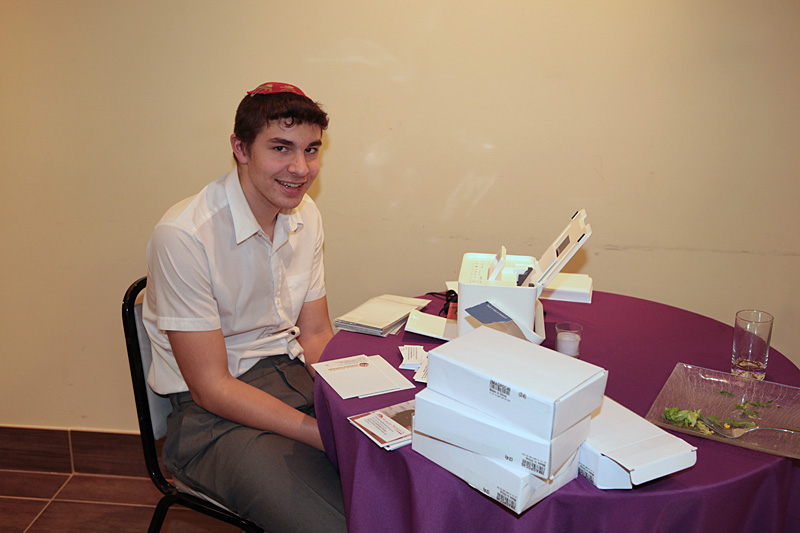 Simcha Lev, above, ran the printer during dinner, stuffing the images and my business card in fridge magnet frames. You can barely see the printer among the boxes of picture frames! 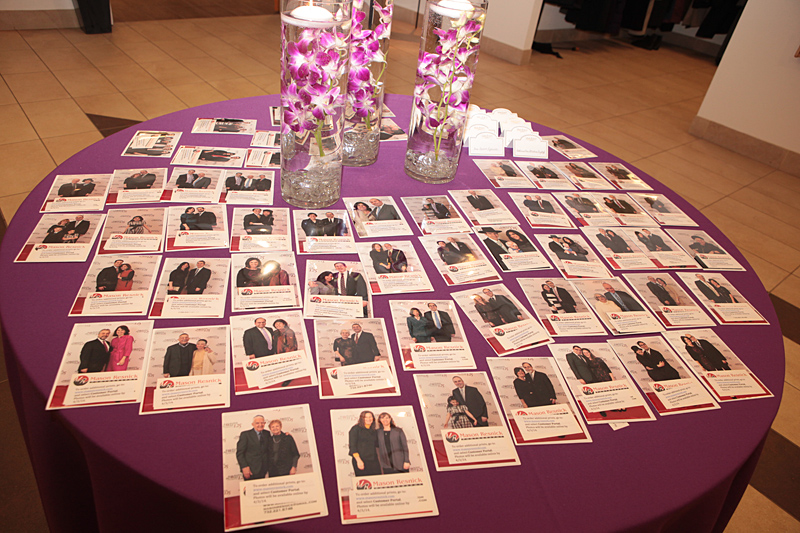 Framed photos on display in the foyer. People picked them up at the end of the evening. The feedback I got was that they loved it! 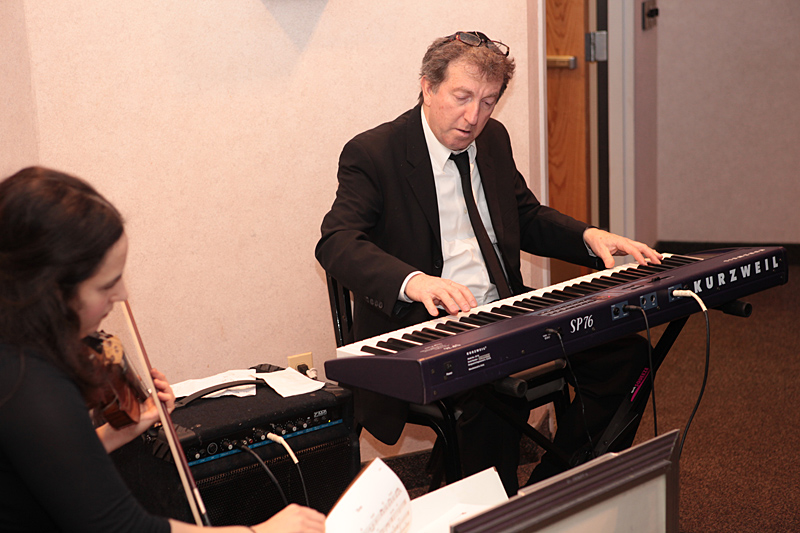 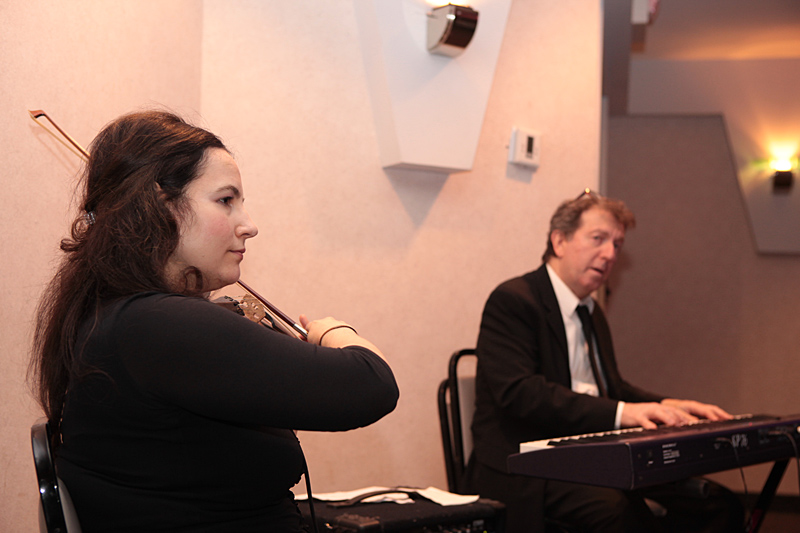 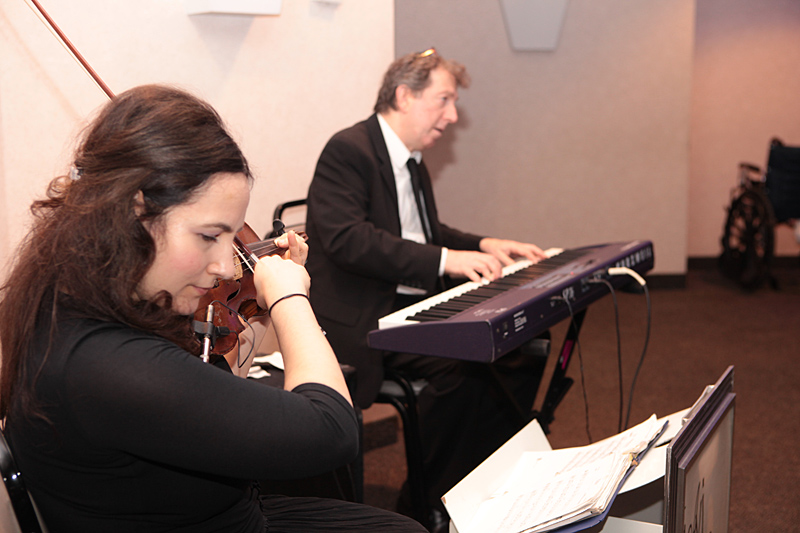 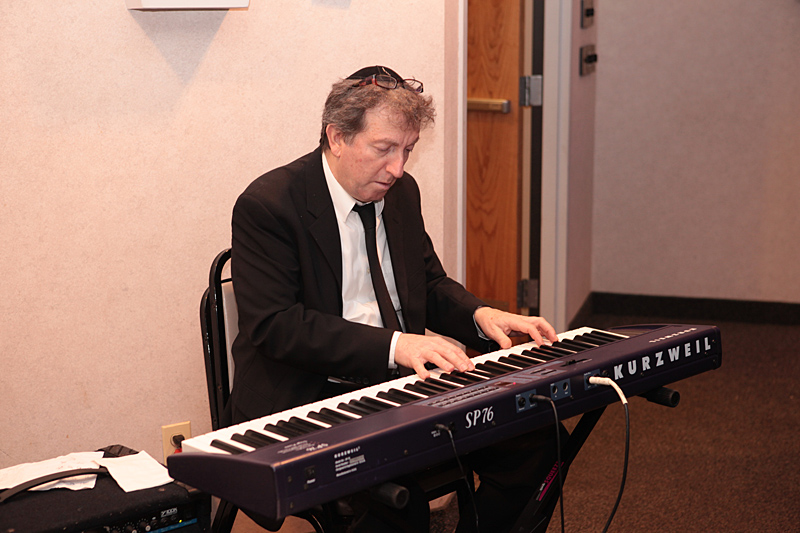 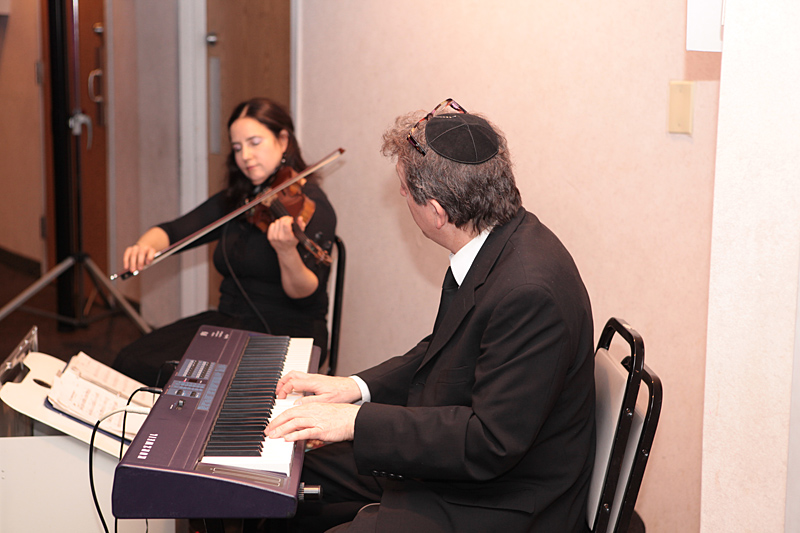 Music was provided by the Avi Maza Orchestra...although Avi, who had performed at a wedding earlier in the day, was sitting with me and my wife Lori during the dinner. Nice to have help!

Indeed, this was one of the most complex shoots I've done to date. Fortunately, I had Simcha Lev, Jeremy, as well as Elena Orgel, who came up with the idea of giving out prints. Teamwork paid off!
Posted by Mason Resnick at 1:01 PM